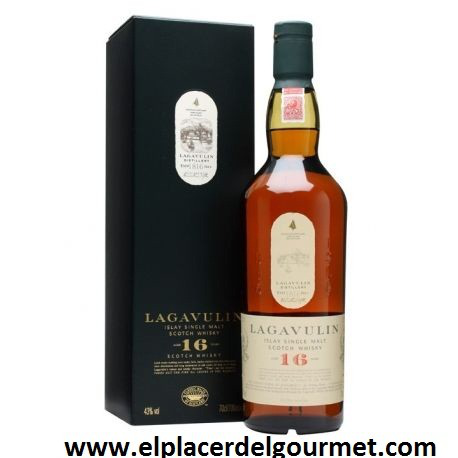 The Lagavulin whiskey 16 years is considered one of the best whiskeys in the world. For many, it is simply perfect.

And this dedication in each of the phases and processes (including the fermentation of the cereal, which oscillates between 55 and 75 hours) gives this whiskey an exquisite quality. So much so that the whiskey Lagavulin 16 years is considered one of the best whiskeys in the world. Once the cereal is fermented, Lagavulin ages in dark oak barrels over a period of 16 years.