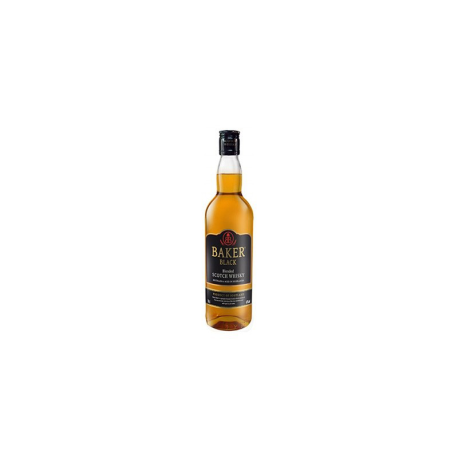 Buy 6 units with a 5% discount

Black Baker is a Blended Scotch Whisky is fermented, distilled, blended and aged in Scotland, in the Highlands, balo the designation of origin Scotch Whisky 40% vol.

In full Prohibition 30s on the East Coast of the USA it was received at the Port of Baltimore a cargo of Scotch. At that time it was not unusual that these spirits had just in the back of a cover business. The departure of whiskey became very popular as it was dispensed in the back of a bakery in Little Italy
To avoid suspicion in the streets began to hear the name of Baker Black alluding to obscure product.
This story came to hear of distillers who had clear since your product already had an identity "Baker Black, excellence of the forbidden".