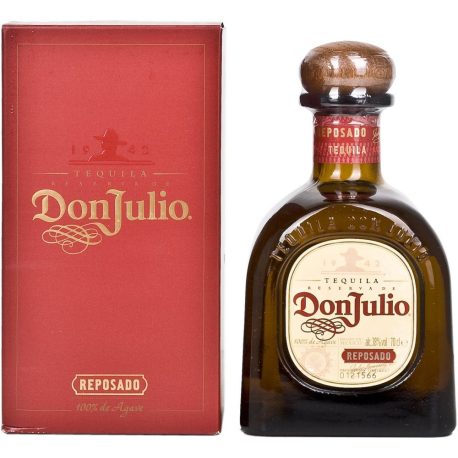 Don Julio Reposado is 100% Blue Weber Agave , double distilled, and rested in charred oak bourbon barrels for up to 11 months. Each agave is hand selected at maturity and only the heart of the distillation is used, as it is the purest part, free from most impurities.

Don Julio González began his journey in the world of tequila in 1942. He soon realized that to create a tequila that stands apart, one must control every aspect of the process, from the cultivation of the agave to the bottling of the final product. He then established his distillery, La Primavera, and spent nearly forty years perfecting the craft that would produce extraordinary tequila with every bottle.

At first, Don Julio only shared his tequila with friends. But soon word spread, and Tequila Don Julio quickly became the most sought after tequila in Mexico. Today, the world is learning what Mexico already knows: that it is passion above all else that makes a great