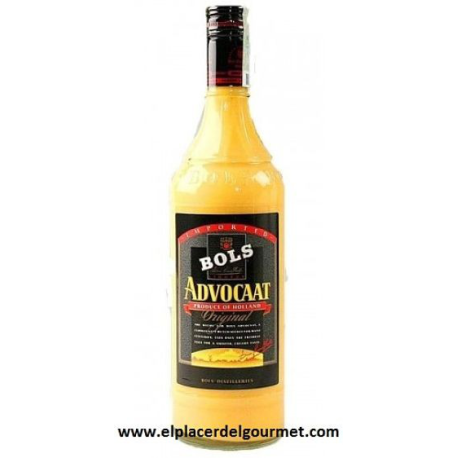 LICOR BOLS ADVOCAAT 70CL.
Is consumed in Belgium and Holland. It is also a dense liquor, prepared with egg, brandy or gin, flavored with vanilla, coffee or chocolate. The graduation of this liquor is between 15 and 20 degrees. Advokaat is prepared using only the yolks. A very little known and widespread variant is the one made with the whole egg, which is a less thick version, although it is generally intended for export.

Many Dutch people like to serve advokaat with a layer of cream mounted on top. It is served cold and in service of liquor, and stirred previously.