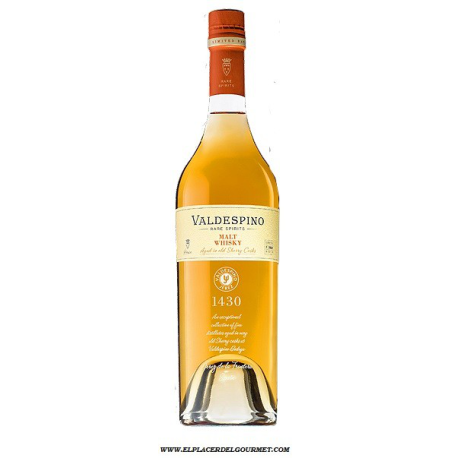 After decades of exporting 'Jerkie' boots to whiskey distilleries in Scotland, in 1955 a selection of Malta Whiskey was selected in a small set of boots from various distilleries destined for Valdespino vessels. From that moment on, this distillate became old by the system of Soleras y Criaderas in the winery of the firm in Jerez, earmarking, until its launch in 2016, the private and exclusive consumption of the family.

It is a Maltese Whiskey of an average age of 15 years that has been aged in Centennial Boots that contained Palo Cortados and Olorosos of the most prestigious Soleras of Valdespino.