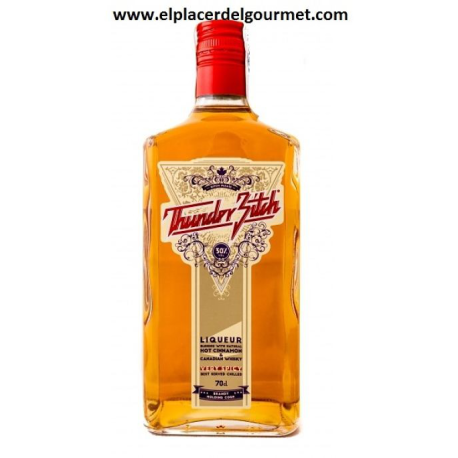 WHISKEY THUNDER BITCH 70CL CANELA / CHILI
Thunder Bitch is a unique liqueur made with Canadian Premium Whiskey with a spicy touch of cinnamon and chili. Its flavor is softer than traditional whiskey. Its whiskey base is made in the city of Thunder Bay, in the province of Ontario, Canada. Is made with a base of Thunder Bay Canadian Whiskey, one of the purest Canadian whiskeys. It is aged in selected oak barrels, where the mixture is directly made (a technique called Barrel Blended). This gives the smoothest taste, characteristic of Canadian whiskey.