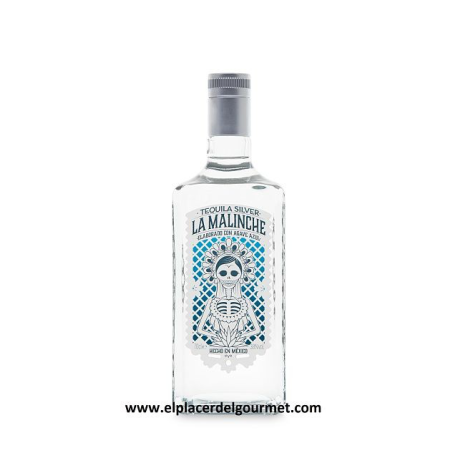 TEQUILA LA MALINCHE SILVER 70CL.
La Malinche or Malintzin in Nahualtm was a woman from the Nahua village of the Gulf of Mexico. I play a very important role in the Spanish conquest of the Aztec empire. Interprete, counselor and lover of Hernán Cortés, with whom he had a son. Its fame has been changing throughout the history seen by some like the incarnation of the victim treason par excellence or like mother of a new race. Tequila Silver made in Jalisco, Mexico, from the juice extracted from the blue agave after being cooked and distilled up to a maximum of 2 times, according to Jalisco tradition.