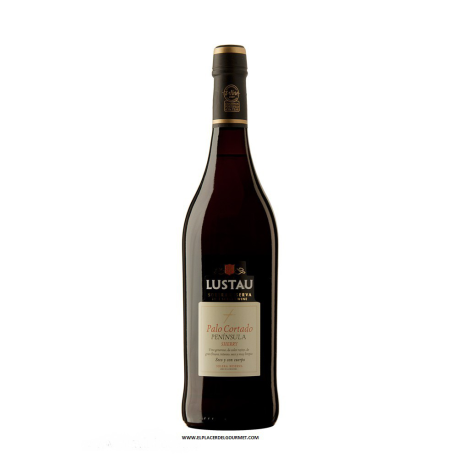 The development of Lustau Palo Cortado Peninsula is in the traditional solera system and hatcheries, remaining and growing up in oxidative aging for more than 30 years.This Jerez-Xerez-Sherry, has the aroma of a fine amontillado and body in the mouth of a odorous. It is one of those mysteries that happens in Jerez wineries, a product that was initially going to Fino, but after a very short biological aging on the yeast, the foreman detects exceptional features and is headed by wine alcohol marking the barrel with two crossed lines, hence the name Cortado.Lustau Palo Palo Cortado Peninsula is one of the most complex sherries, made with Palomino Fino, from this winery with over one hundred years of history, Emilio Lustau.