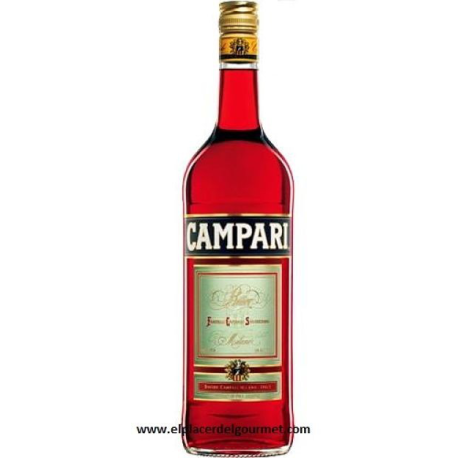 LICOR BITTER CAMPARI 1 LITER
Campari, one of the most popular bitter appetizers worldwide, was born in 1860 by Gaspare, owner of Café Campari located in the Italian city of the same name. Since then, the formula of elaboration is one of the best kept secrets - just like that of Coca-Cola. This is based on the ancient medicinal and recreational drinks of Greek and Roman origin, improved later by the medieval monks, who created numerous recipes that still are still used today
Of the 60 known ingredients that are used in alcohol infusion to get bitter Campari include quinine, bitter orange skin and grapefruit, herbs like sap, rhubarb sage, gentian. The characteristic red color of Campari that today is obtained using cochineal,