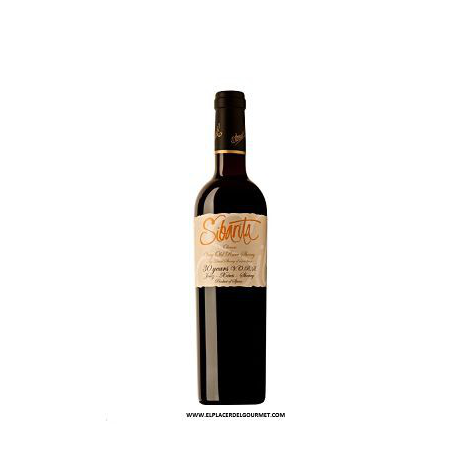 DO. Jerez-Xeres-Sherry OLOROSO V.O.R.S.SIBARITA WINE 50CL. CELLAR OSBORNE
This gem is categorized as V.O.R.S. (Very Old Rare Sherry), thanks to its more than 30 years of oxidative aging in "criaderas and solera".
Osborne origin dates from the late eighteenth and from 1996 to today is Thomas Osborne-Civic Gamero who chairs the maximum representation of the company, and together with his cousin, Ignacio Osborne Cólogan lead and set the tone of the company. The Osborne Group is family owned, with its own identity and vision to be the Spanish leader in the beverage industry and alimentación.Se is an extraordinarily concentrated, intensely aromatic magically combines power with the fineness of sherry. Swallowing the wine and taste persists for a time. It is produced by Domecq with some of the most venerable screeds all. A superior appetizer with which whet the appetite for large meals winter.